The Elephant Didn't Ruin The Hall Of Fame Ceremony

There are grumblings among some [who grumble just so people like me can look at them] that Mark McGwire should've been inducted into the Hall of Fame yesterday alongside Tony Gwynn and Cal Ripken, Jr.

Sure, the stats merit it.  Sure, Big Mac has never been busted for anything.  Still, the court of public opinion and the lack of outrage from him for people keeping him out kinda makes ya think he knows he's done wrong.

I don't care either way.  I'm glad he wasn't at Cooperstown yesterday.

What do the two guys who were inducted represent?  Both played loooong careers with the same ballclub.  Ripken was known as the "Iron Man" who came and did his job every day ... more in a row than anyone.  He also embodied the transition from the 1980s shortstop to the 2000s shortstop.  They used to be wirey guys who were there for defense, speed and bunting.  Now, they are expected to be power guys.  His work with youth baseball has also been remarkable.

Gwynn wasn't in the lineup every day as Cal was, but was absolutely consistent.  He won EIGHT batting titles - no National League player has won more.  In the era of power, he found the value of slap singles, gap doubles and timely hitting.  Also consider that despite both getting to a World Series [Cal won his only trip; Tony lost both of his], these guys played on some bad teams for quite some time.

Both are immediately respected members of the Hall and spent the weekend not having to talk about that Big Elephant that wasn't there.

If McGwire was a fellow inductee...every story this weekend would've been about "did he or didn't he?"  Especially with Barry Bonds just one home run away from Hank Aaron's record, this issue would've been magnified exponentially.  It also would (a) be the first election of a suspected doper into the Hall and (b) may have set a horrible precidence.  There may have been people booing and picketing McGwire's election.  Someone would stick a microphone in Jose Canseco's mug [okay, that happened anyways].

The point is, it would have mucked up what turned into a proud day for baseball.  As all this chaos surrounds the league, baseball could point to the two men who entered the shrine and tell us about how great the game can be.

Now back to the elephants.

Brought to you by the Sportz Assassin at 11:34 AM 1 comment:

Why Even Have the Tour de France? 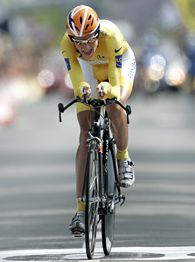 As a sports fans, there are a few things that amaze me.  One is that we seem to care about the Tour de France.

Well, not really.  No one watches it.  Seriously, do you know anyone that actually gets up early to watch Le Tour on OLN....errrrr....Versus???  The thing is nearly over, and how much live action did you watch?   About as much as a blind man, most likely.

Yet we follow Le Tour with SportsCenter highlights in a "oh, yeah...that's going on" manner.  We had Greg LeMond dominating;  then Lance Armstrong's amazing streak.  We had Floyd Landis winning it last year.  If America goes off on the world stage, we do enjoy that.

However, Landis' victory is tainted with ROID allegations.  Lance Armstrong can't go a month without a French newspaper saying he was on ROIDS during his winning streak.  ROIDS have dominated the headlines at the '07 Tour....and now the leader of Le Tour has been dumped in a ROID scandal [more on that here].

So why do we care about this race?  And why not just have a bunch of ROIDED up people running these races?  Does it really matter if they are?

Brought to you by the Sportz Assassin at 5:39 AM No comments: 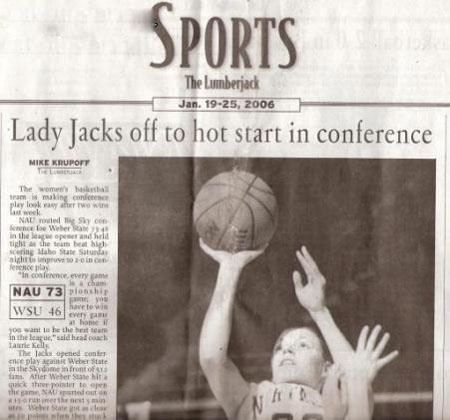 Brought to you by the Sportz Assassin at 1:08 PM 3 comments:

Look, I'm all for freedom of the press ... and all for media types to know their place ... but this is weird.

This is video of a newscaster giving a report about a rape when an AAA umpire interupts him and tells him to get off the field [even calling security].

First thing ... does it really matter if a AAA game starts exactly on time?  And why is a reporter on the field giving a rape story?  Should that one go to the team in the studio?

Anyways...hat tip to Greg Doyle for this one.

Brought to you by the Sportz Assassin at 11:07 AM No comments:

Excellent story on the whole NBA ref shaving points thing from ESPN.com's Bill Simmons.  Wait!?  Did I just say that?!?!

Brought to you by the Sportz Assassin at 11:02 AM No comments: 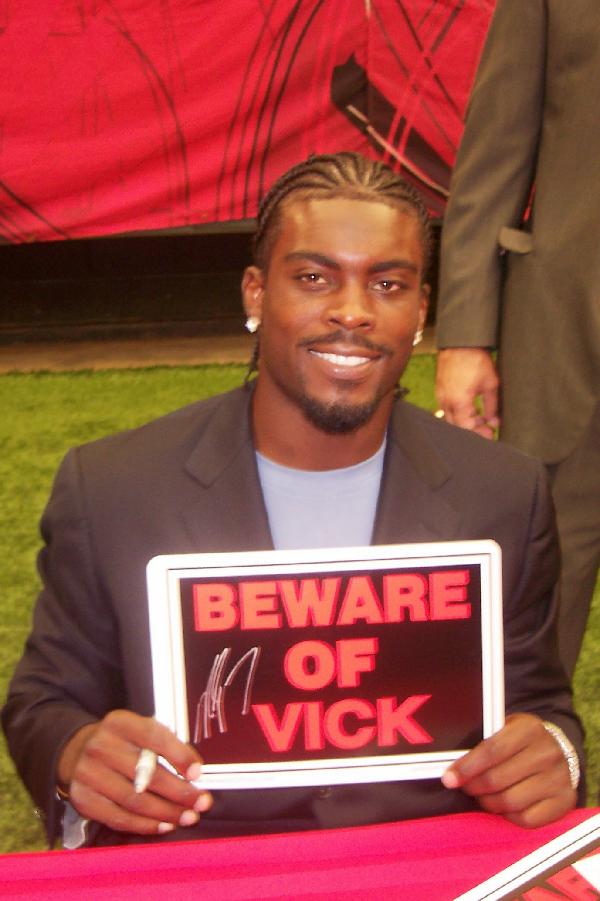 Hat tips to Epic Carnival, DC Sports Guy and ... of course ... the Fanhouse.

Brought to you by the Sportz Assassin at 12:15 PM 1 comment:

NEW YORK -- The FBI is investigating allegations that a veteran NBA referee bet on basketball games over the past two seasons, including ones in which he officiated.

According to a law enforcement official, authorities are examining whether the referee made calls to affect the point spread in games on which he or associates had wagered.

The investigation first was reported Friday by the New York Post.

The law enforcement official said the bets involved thousands of dollars and were made on games during the 2005-2006 and 2006-2007 seasons.

In a statement issued Friday, the NBA said: "We have been asked by the FBI, with whom we are working closely, not to comment on this matter at this time."

The probe, which began recently, also involves allegations that the referee had connections to organized crime associates. Other arrests are expected, the official said.

The referee had a gambling problem, according to the official, and was approached by low-level mob associates through an acquaintance.

"These accusations, if true, are extremely serious and we have been in discussions with the NBA regarding this matter," Lamell McMorris, head of the NBA Referees Association, told Bloomberg News. "In light of the fact that this is an ongoing federal criminal investigation, we have nothing further to say at this time."

The Associated Press contributed to this report.

If this is true, then the NBA has a huuuuuuuuge problem on their hands.  It's one thing when the entire fan base believes that the refs are shady anyways .... but betting????  Betting on games they've officiated???  WOW!

Brought to you by the Sportz Assassin at 12:35 PM No comments:

My Self Imposed Hiatus Is Over

Sorry I've not written here for a while, but I've taken a self-imposed hiatus.  Several reasons:

1-This is mainly the dead time in the sporting world

2-With the NFL coming soon and my commitment to The FanHouse, I'll be blogging my heart out this fall.  Kinda seems like a good time to chill.

3-This is the time of year I have a ton of personal commitments.  At the same time, my actual job cranks up to take the impact of a two-week shutdown so getting a day off is rare.  Unlike many bloggers, I don't sit at an office at a computer all day.

So, hopefull I can knock the rust off and get some good blogging in here!

Brought to you by the Sportz Assassin at 12:34 PM No comments: